What is a container for fire? 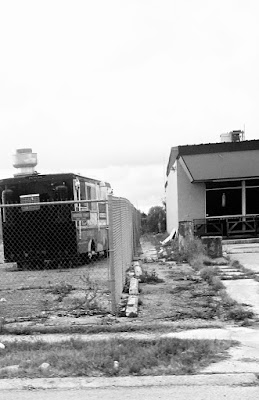 You can’t abandon emptiness and emptiness cannot be abandoned.
tell me how the past is “real.”  tell me when we made the performance of our lives more important than our lives.
how has the word safe shaped your days. how has the feel of it hidden in your hide feraled the notion of happiness here.

when i tell you i am new orleans
i mean i am the deepest secrets she keeps
darkness and shadow, shame & neglect
we do, don't we- want to know the terrible
stories we keep. all that it means to be human
we want to have some say in the bargaining
for safe passage & i said the city sings of gratitude
for this life & that's the portal
what do you sacrifice to walk there
they are watching to see
if you pick up the code

and the angels have every right to refuse us

at some point you have to reconcile
that someone should have taken care of you
that you deserved love and attention and protection
that you needed and didn't get it
but you survived anyway--you made it anyway
and you are never going to get what you need
in this life, that's the part that will trap you
if you don't accept it: the poem takes all

New Orleans East:
About two miles (3.2 km) later, LA 47 crosses a level bridge over Bayou Bienvenue into Orleans Parish and the city of New Orleans, which are co-extensive. The highway then crosses a high-level bridge over the much wider Gulf Intracoastal Waterway, an industrial shipping channel. Returning to grade, LA 47 becomes a controlled-access highway that also serves as the entire route of I-510. This concurrency lasts for 3.5 miles (5.6 km) and contains four closely spaced interchanges. The first is exit 2C, a stingray-shaped diamond interchange that connects with Old Gentilly Road via Almonaster Boulevard and serves the nearby NASA Michoud Assembly Facility. This is followed by exit 2A–B to US 90 (Chef Menteur Highway), a major route through New Orleans East. Continuing north, a more traditional diamond interchange at exit 1B serves Lake Forest Boulevard, and soon afterward, the abandoned Six Flags New Orleans theme park appears on the east side of the highway.

The fourth and final interchange is exit 1A, a partial cloverleaf with flyover ramps that connects to I-10. New Orleans' major east–west route, I-10 connects with the Central Business District to the southwest and the city of Slidell to the northeast. Having intersected its parent route, I-510 ends, and LA 47 continues ahead as a divided four-lane highway without control of access. The highway reaches the south shore of Lake Pontchartrain in an area known as Little Woods, located at the easternmost extent of urban development along the lake shore. Here, LA 47 turns southwest onto Hayne Boulevard, an undivided four-lane thoroughfare. For the next 4.5 miles (7.2 km), LA 47 travels through residential New Orleans East while closely following the lake levee, which is topped by a concrete floodwall. Several divided neighborhood thoroughfares, such as Bullard Avenue, Read Boulevard, and Crowder Boulevard, lead back to interchanges with I-10. Just west of Crowder Boulevard, a ramp provides access to the New Orleans Lakefront Airport and the Senator Ted Hickey Bridge across the Industrial Canal. LA 47 continues along Hayne Boulevard for another 1.3 miles (2.1 km) to an intersection with Downman Road, which parallels the industrial corridor located along the east side of the canal.

5.27.20
All of the pictures from my childhood growing up in New Orleans east were destroyed in the flood.

"Code your language and escape."
-A. Waldman

"Every poem should be written in all languages simultaneously."
-P. Joris

Notes from the Channel: 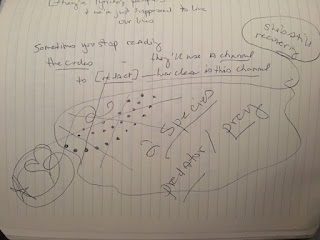