Poetry is not a pie chart with a finite number of slices.... 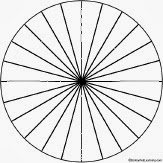 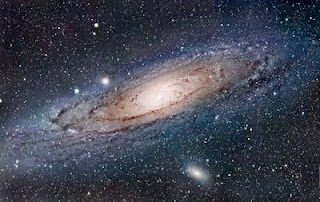 Posted by Solid Quarter at 1:51 PM No comments:

Email ThisBlogThis!Share to TwitterShare to FacebookShare to Pinterest
Labels: affinities, anything that distracts from the work, cliches, clicks, genres, groupings, poet as..., schools

All Features followed by the open mic hosted by Jimmy Ross

Sept. 25: Joseph Wood and The Neighbors 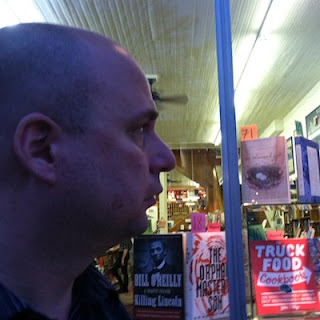 Joseph P. Wood is the author of four books and five chapbooks of poetry, which include YOU. (Etruscan Press, forthcoming 2015), Fold of the Map (Salmon, forthcoming 2014), and Variations on an Innocent Axis (Brooklyn Arts Press, forthcoming 2014). A new manuscript, Broken Cage, is currently a finalist for the 2013 National Poetry Series competition. His poetry and criticism have been published in Arts & Letters Daily, BOMB, Boston Review, Cincinnati Review, Colorado Review, Denver Quarterly, Verse, among other journals. He teaches at The University of Alabama and is book review editor for Atticus Review.

The Neighbors are a collective of writers and musicians who gather in New Orleans to create music and occasionally lend each other butter. As all Neighbors have neighbors, they consist of an infinite number of artists unknown. But here tonight are:
Nathaniel Kostar on lyrics and vocals. Lee Beeacham on guitar and vocals. Justin Hatcher on congas, guitar and vocals.
Nathaniel Kostar is an MFA candidate in poetry at The University of New Orleans. He has been a poetry slam semi-finalist and finalist at the Bowery Poetry Club, The Nuyorican Poet’s Café, and Slam New Orleans. Every Friday for the next few months, his non-fiction travel series will be published on BurlesquePressLLC.com as he continues working towards the completion of his first full-length book, The Renaissance Man Project.
Lee was born in Louisiana and raised in NC. From a young age his parents forced him to play the piano. Unfortunately this didn't take, but when he moved to New Orleans in 2009 he picked up the guitar. An avid fan of live music and the New Orleans’ lifestyle, Lee spends his free time playing music with friends, cooking, and working towards his MBA at UNO.
Justin Hatcher was born in Baton Rouge and began playing guitar and singing about 3 years ago. He’s terrible at writing bios, but pretty awesome at playing guitar, so we bring him along and make stuff up about him as we go along. But these are three facts we know about Justin—he enjoys urban farming, chocolate almond milk, and 16oz cans of pbr after a hard day’s work.
Oct 2: Bill Lavender and Jamie Bernstein

an evening of gathered folds
do you recall how water wanders
you say enough in a poem
& then you have said it
what gets knotted is the straight
way we have of lately
still there are mornings of repeat
what did you want most and won least
botched way of making a family
I would say –there’s no real winning
life but then love spills
think about this time as your own Brontëan moor
it killed all the baby birds because it could
you could find no sheltering storm to home
you hold still like dark
you carry secrets, so many you forget
how to call them
this makes you like everyone
you are a true-to-life death
these dolls need an unboxing
if you make a thing once
you should be able to do it again
but that’s not always the case
I was as life-size as I could be
when a one-year old is gunned down
on the streets of New Orleans
what choice do you have

Megan Burns
Posted by Solid Quarter at 1:51 PM No comments: