suicide is a nowhere land
the living wade
chest deep, arms below
the surface   numb & where are we?
down in a no-tell breath
grace awash hide back tongue murmur made save
not echo just tumbling this sad
this life     & here i go my love
barely cloaks me
tell me how to house grief
it won’t stay calm: faster than light
faster than the fall of night
I will come darkly
hold   this is a breach
I hold the line even when I forget how
a puppetry of living
this & this & this
shadow side here nothing holds
what a lie, what a beautiful casket of doubt

I go to language to field the darkness

come for me fast, what happens
alone, what happens in our heads
how I tremble at the door you left open
empty lot under night
there is that there & alone
once I was a type of double, siblinged
now this always  try to follow
empty house city of cruel forget
city of rebuilt permanent rot
you can do everything right, they say
but of course we don’t, we rarely break even
these are all just stories of how our lives went
Posted by Solid Quarter at 11:12 AM No comments:

I started keeping a journal shortly after my husband of 10 years moved out in February of 2013. I wanted him to go, was surprised he agreed to leave, and knew as he had so often threatened me that the backlash would be nearly fatal to me. I thought if I can survive this, if I can be here in the moments and process this as it is happening, maybe I can emerge whole. These are the things we tell ourselves when there is nothing but unknown and fear.

"I don't want to feel anymore today
and prefer the symbolic world.
I have been living poems for so long I'm only
a figure and I'm glad. "    -Alice Notley, Culture of One


I would like to think poetry brought us together, that it was something we did well like making three amazing human beings. But I think too, we hid there. We imagined because of it, we were something else. We lived in words and not in the space between us. When we talked, we talked too much about too many things and never just sat with feeling. I wonder too, if the erratic, unstable behavior I see more clearly in the last year separated from him is the stuff I chalked up to being eccentric, to being a poet. I mean, when you are at home with the kids and he doesn't show up till 4am drunk after a reading. That's normal right? That's what poets do. When the control and passion blind everything, financial sense and responsibilities, well that's just him being a poet. But I was a poet too, and I was never afforded the same generosity. His poetry allowed him to be irresponsible, flighty, crazy, and undependable. My poetry allowed me to pick up the pieces, to hold it together, to steal time to write in between pregnancies and babies. His writing was a given, from the largest room in the house that was his "office and library" to the second floor porch where I was not to disturb him to his late night bar hopping where he talked poetry till the wee hours with other poets, mostly single, males who didn't have 3 children and a wife at home.

There's no way to tell a stone it's a stone, to tell water to be less. A woman too can only be so much in world always at war against her. There's fighting and then there's fighting for your life.

March 19, 2013:
... the breaking I will admit to, I said to someone: this life is overwhelming and all the emotions. handle what you can handle. make and make and poetry. always the poetry. these lines that draw and draw us.


I met Dave at the Faulkner Literary Festival in 2000. He was married and I was in a relationship with someone. He came to a reading I gave and shortly after I attended a workshop he held in poetry with the New Orleans School for Imagination. I remember the first time I went to his house and saw his extensive library. I thought I could spend my life with someone who had this many books because I would never run out of things to read. I knew nothing about love or marriage. I barely knew myself. I was 23.

Being married to a poet made me a better poet especially in the beginning. Dave was supportive, he was enthusiastic, he knew who I was talking about, who I should read and why. He knew tons of poets and taught me how to host readings, how to put on events, how to make broadsides, how to make magazines, how to read deeply, how to write harder. I was bought and sold on the mystery of what it was to be a poetry couple. In 2001, Dave handed me Bernadette Mayer's unpublished MS Ethics of Sleep and said you are going to publish this. It took nearly ten years later, but I did. I told him I wanted to publish books and he opened the door to that. I did the work though; I laid out that manuscript while the baby played at my feet. Just like I got a MFA while taking care of 2 kids and rebuilding after Katrina. I always did the work, but it always felt like so much of the work was Dave's work. The patriarchal standards that divide the world were just as sharp in the poetry world. Dave was ten years older, so I could never catch up. And the gap became a widening point of contention as the shine of him being the teacher wore off and I wanted to just be a poet in the world. Not a poet-partner, not a wife-poet, not a student- poet, not the person who fulfilled the ideas and made the practical happen.

I found completing most things impossible. how to be better plugged in, how to not war ourselves to death, after the fact--we were still addicted to the wreckage.

In May of 2013, Dave petitioned to gain sole custody of our children. He told the courts I was an unfit mother who endangered the children's lives. For as long as I live, I don't know if I will ever be able to forgive this. I remember the day the children were supposed to come home. I hadn't seen them in 3 days and Dave texted me to tell me he had decided I couldn't see them. He wouldn't let me see or talk to them for 5 days until the judge saw us and decided to grant me supervised visitation pending an evaluation. I had to prove I wasn't the lies that he had made up. And as usual, he didn't have to do anything. The kind of man or husband or father he was was never put on trial. Being a woman means you are already guilty, in the face of money and privilege, you have to prove you are a fit mother even if you have always been one, based simply on the word of a man.

I had to expand big enough to fill my life, it was no longer an option to be brief, to be fitted. The fatal couple is an unending/ what do they want? the world to bend & bend. I could run or I could write, either way you have to push the emotion out as Sartre says, we engage the abyss. We go under b/c we enjoy going under: the loss of self in another. How much can you take me away from this moment?

Dear Other:
of everything written & said between us, we were never able to find the right language.
This unique, atypical
perfect failing
is us. 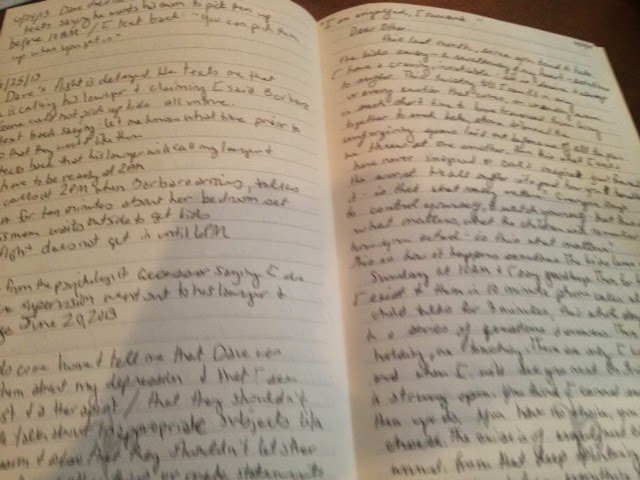 Posted by Solid Quarter at 11:04 AM No comments:

Poem for Tracy McTague: To Spook the Crows 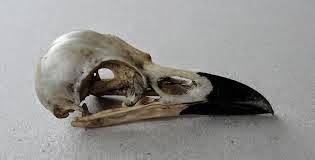 To Spook the Crows

caught glistening
amid this blown down living: glints
of shade           birthday as a song
blush breasted  ivory morn
a million miles of home
caustic on the line
a wish     detail shifting  the paradigm
where once in faltering weep we dared
to slumber      it keeps
this lineage we scrapped
too: beauty so startling & love
occurs somewhere
in a spectrum is it clear
to ask more questions
i want you in the you wanting
& it’s a dance maddening
bound as we are to cawing
collecting baby teeth, torn blossoms
detritus of what we fought for
against the fissures
the eye clamps    inside this beating
dark orbs catching flight 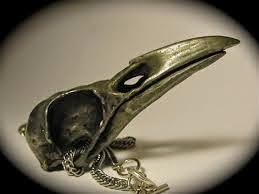 Posted by Solid Quarter at 9:13 AM No comments:

I've decided to begin writing here again after this extremely tumultuous last year of my life. Sometimes I forget what being a poet means, but apparently I cannot forget being a poet.

Here's some writing I did recently regarding one of my favorite poets Nathan Hauke and his newest collection In the Marble of Your Animal Eyes. “Bees errand the eaves to gather,” Nathan Hauke writes in his new collection In the Marble of Your Animal Eyes. Here a series of untitled poems coalesce to present an overarching natural theme underscored by the attention to the page brought forth by the markings and details written onto the typed pieces that keep the reader engaged in the making of the poem.

You can read the full review over at H_NGM_N sixteen.

Here's some other news:

Trembling Pillow Press is getting ready to release its summer collection Trick Rider by Jen Tynes. Tynes publishes Horseless press, and they have been putting out a stunning amount of publications in the last few years along with their online Horseless Review. One of their newest collections by Tim Earley is on SPD's June Bestsellers. You can check it out here.

I mention Tim Early because he is one of the many visiting poets coming to read at Blood Jet Poetry Series this fall. Other great visiting writers include Dara Wier, Paige Taggart, Laura Goldstein, Megan Kaminski, & Joe Zendarski. As always New Orleans hosts a bevy of local poets who will round out the season as well including Jordan Soyka, Kristin Sanders, JS Makkos, Joseph Bienvenu, Kaycee Filson, Andrea Young, and Sandra Grace Johnson.

This is Blood Jet's second fall season at BJs in the Bywater. We feature 2-3 poets each show followed by an open mic space for our audience to share their work. I like to think of it as my living room of poetry every Wednesday night, Sept 3- Dec 17th at 8PM.

I mention Laura Goldstein and Megan Kaminski because I'll be reading in Lawrence, KS with Laura Goldstein and Simone Savannah on Aug 31 at the Taproom Poetry Series. Then  I'll be following Goldstein back to Chicago to do a reading Sept 2 with my fellow Lavender Ink poets Laura Madeline Wiseman and Sara Henning at the Wit Rabbit Series. We'll also be back in Chicago in the spring to read for the Red Rover Series.

Marthe Reed publishing with Nous-Zot press released a chapbook of mine titled i always wanted to start over this spring. I'll be reading from that along with my latest MS titled Commitment that I am hoping to find a home for soon.

Laura Madeline Wiseman and I talked about our books from Lavender Ink recently over at PANK. I should update my online bio because the one they use here says I am still married. Yikes!

That's my other big non poetry related news. I'll be officially divorced July 16th.
Here's to new beginnings. Like I said in my last chap: i always wanted to start over.
Posted by Solid Quarter at 7:43 AM 2 comments: