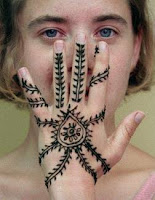 About the Poet, Christine Trimbo

Originally from Shakopee, Minnesota, Christine Trimbo also lived in New Orleans next to Edgar Degas' house on Esplanade for many years, and was a major poetic voice and regular participant at the infamous Dragon's Den's Thursday Night Madpoets Express. During her time in New Orleans, Trimbo was also a mainstay of the weekly New Orleans Poetry Forum poetry workshops along with other notable poets Paul Chasse, Gina Ferrara, David Rowe, Robert Menuet, and Kevin Johnson. Trimbo's poetic signtaure lay in the depth and detail of her extraordinary use of image underscored by intricate rhythms. Trimbo is also a huge fan of Sonic Youth and the Rebirth Brass Band. 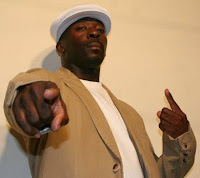 About the Poet, PAGE 1NE

PAGE 1NE is a New Orleans native, stand-up comedian, musician, poet, and gymnastic instructor. He has amazed audiences with his amazing acrobatic performances in the French Quarter, as well as for circuses, NBA half-times, festivals, and private venues around the world since 1983. Page 1ne was a 1997 winner at the Apollo and starred on the 2008 hit NBS series America's Got Talent. He is currently at work writing & recording his eight album and performing across the Gulf South.
As always, features are followed by an open mic hosted by Jimmy Ross. Sign-up 7:30PM, limited spots.
Posted by Solid Quarter at 9:27 AM No comments: 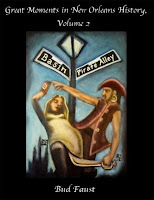 Our featured program will be followed by Open Mic hosted by Jimmy Ross.

Admission is free.
Bud Faust is a humorist and playwright from New Orleans, Louisiana. He is the author of Great Moments in New Orleans History (Volume 1) and has had several plays produced in and around the city, including one (Gettin’ Dirty with Guy Camaro) performed as part of the New Orleans Improv Festival and another (To Hell and Back, Somewhat) being a winner in Le Chat Noir’s 7th Annual New Play Festival.Beautiful Bastards, his critically acclaimed play about the founding of New Orleans, was likened by The Times-Picayune to “what it must have been like watching the Marx Brothers segue from vaudeville to Broadway comedies.”
Posted by Solid Quarter at 1:41 PM No comments: 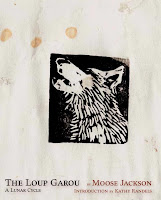 Our featured program will be followed by Open Mic hosted by Jimmy Ross.

What is a Loup Garou?

He is a wild and dangerous entity (some say a werewolf ) well anchored in the folk traditions of southern Louisiana. His story comes from France through Acadia down the Mississippi and numerous inland routes to Louisiana.
Here, in print for the first time, is the text of the critically acclaimed environmental performance that investigates the deep interconnections between land and culture in Louisiana. This compelling poem is part performance, part ritual, part howl to the world about the plight of southeast Louisiana and all the other places in the nation and the world facing environmental destruction from corporate development.

there’s an edge zone between
water and land
monster and man
love and lust; blood and rust
righteous anger and
blind carnal rage
that’s the territoire of the Loup Garou

on the savage bayou
the leeward side of the moon…
Posted by Solid Quarter at 6:16 AM No comments: