Is reconstruction making a real difference in people's lives? 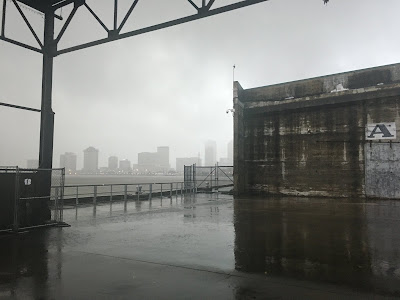 This is where I died.  There are a lot of reasons to go into the river.  But to come up a resurrected brick by brick, masked face to desire, and I was culled to that mapping. Have you ever loved a city such; I would you deny me this reincarnation. I would you tell me this story from the ending, we always begin there, words spill the past. Death is the entire mirror. Death, the only song it seems we can hear anymore, and this cornering lisps, the way my hand slipped off the rail. Once you fly, can you land again?

Sound is the first and last sensory experience of the body.

“the right side of the cortex is crucial for perceiving pitch as well as certain aspects of melody, timbre, and rhythm…. The left side of the brain in most people excels at processing rapid changes in frequency and intensity, both in music and words.”
–Mark Traimo

if the poem itself is a code: a line of code slipped into time, so in the future you could pull it out then it must also be true, that in order to survive  i must now construct the form that moves in this time over that one, a palimpsest of language and movement that forms the survival of a me i left behind 15 years ago. that is to say, i am the rescuer who pulls me thru.

“When people are compulsively and constantly pulled back into the past to the last time they felt intense involvement and deep emotions, they suffer from a failure of imagination, a loss of mental flexibility –without imagination there is no hope, no chance to envision a better future, no place to go, no goal to reach”
-The Body Keeps the Score

Photograph:
A picture of the letter A taken on the Mandeville Wharf at Crescent park on the Mississippi river with the city scape in the background: It’s called an “urban linear park” as it hugs the shore of the Mississippi.

In 2014, Crescent Park opened. The park—a 1.4 mile, 20-acre stretch of linear park—hugs the shore of the Mississippi River and runs through the Bywater. The park was conceived post-Katrina by investor and hotelier (International House) Sean Cummings. Cummings was the director of the New Orleans Building Corporation, the city agency that oversees municipal property. He assembled a crack team of architects, landscaping experts and designers to create the park in 2008, so it was under construction for eight years before it finally opened.

The Mandeville Crossing, a pedestrian ramp beginning at N. Peters St. and Elysian Fields, floats over the protective floodwall and train tracks — providing a literal, visual connection to the Mississippi River — and plunges into the roof of the Mandeville Shed, a raw event space which reflects the area’s original commercial character. The crossing in tandem with the shed simultaneously create a direct connection to the park and to the wharf structure, establishing a front porch for unmatched views of the city and the Mississippi River.

A return to the Mississippi River for the city of New Orleans, sparked by Hurricane Katrina which struck the city in August 2005, causing so much damage and heartbreak. With a view to reconstructing this resilient city, also considering future weather events, the Crescent Park project is part of an extensive master plan that envisages a new and greener future for New Orleans and its riverfront. As the city's first new riverfront park in 30 years, it is a response to the city's need to reclaim its sense of place and origin, to remember its industrial and maritime past, and to give locals and visitors a new resource.

Cuneiform A from the Epic of Gilgamesh: The Sumerogram: Akkadian for mû,[1] "water", which is used in the Gilgamesh flood myth, Chapter XI of the Epic, or other passages. 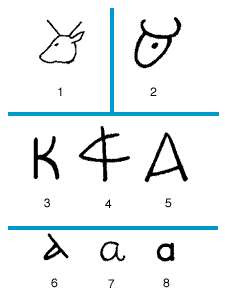 A History of the letter A.

Egyptian hieroglyphic writing (1) gave way to early Semitic writing (about 1500 BCE) on the Sinai Peninsula (2). About 1000 BCE, in Byblos and other Phoenician and Canaanite centres, the sign was given a linear form (3), the source of all later forms. In Semitic languages this sign was called aleph, meaning “ox.” The Greeks used the sign for the vowel a, changing its name to alpha. They used several forms of the sign, including the ancestor of the English capital A (4). The Romans incorporated this sign into Latin, and it is the source of the English form. The English small a first took shape in Greek handwriting in a form (5) similar to the present English capital letter. About the 4th century CE this was given a circular shape with a projection (6). This shape was the parent of both the English handwritten character (7) and the printed small (8).
Source: Encyclopædia Britannica, Inc.

funny how you think one disaster will replace another. your seat at the table kept ready. it does not matter what you carry in. once it was new orleans, now it is all of us. we live day to day like post-K but less scent of death in the air. once we were yellow fever here. once we were this virus too. see how time flattens. we stroll round and round the park. watch nature adjust to our absence. & i adjust to absence of touch, like i cannot hold or hope now, like i was beginning to emerge, to pull up and now we go under, i was anew. we uploaded our entire lives and then we were expendable. it taught us how to forget to be human. all the hours you stared at a screen instead of another human, instead of life… now we are bound to looking. [authenticity as place holder] i thought maybe it mattered to you where i came from but maybe it doesn’t

Posted by Solid Quarter at 4:03 AM