Is tradition a verb? 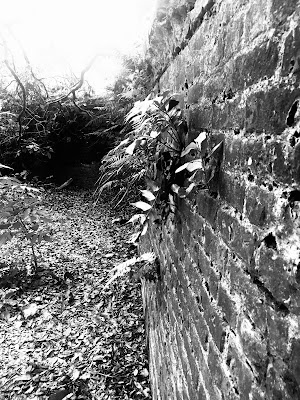 Patience brings you closer to reality. You ask how to breathe like a worm under soil watery, what floats in memory. You take it out. You put it back. You can close your eyes, and still smell the way the photos ran on the walls. You can smell a city of death inside you always. What miracle you are now. What fire carried you on the surface from there to this new paradise of absurd infrastructure, designed to fail, you ask. Is a city designed to always break?

I was 28 years old when Katrina & the federal levee failure destroyed New Orleans. I had a 2 year old daughter and I was 4 months pregnant with my son. I had just bought my first house. We packed for 3 days when we evacuated. I wouldn’t go back to the house for 2 years. I think if that woman could survive then I must be able to survive now. But maybe I survived then because I survived now. Perhaps, I was writing the survival of myself now and it depends on what I am able to hold here more than there.

Final Symptoms that emerge in PTSD:

Photograph:
A brick wall with weeds growing out of it taken near the Bayouk Choupic/ Bayou St. John

“The word bayou comes from bayuk, meaning minor streams in the language spoken by the Choktaw, believed to have been one of the Native American nation-groups that inhabited this area before the Europeans settled here. The Native Americans called the bayou area Bayouk Choupic, after the mudfish, and built thatched homes near its bank.  Groups from the Chapitoulas nation are thought to be the first to inhabit the area. Another nation-group, the Choctaw had noted the advantages of living near this waterway and transported food and other goods on the bayou. They also traveled to the Mississippi River, by way of the bayou and a path now called Bayou Road. Ultimately, a trading village was established at Bayouk Choupic and Bayou Road.”
Source: https://www.datacenterresearch.org/pre-katrina/orleans/4/43/snapshot.html

“It all started the year after the storm, residents say. If the bayou was unsightly before Katrina, it was even bleaker right after. Floodwaters were pumped out of the city, but sluice gates were still closed, which caused low water levels in the bayou and high salinity, according to the Lake Pontchartrain Basin Foundation. That wrought damage on the bayou’s already compromised environment, and exposed the tires, drowned cars and shopping carts that had been trapped in the water.” 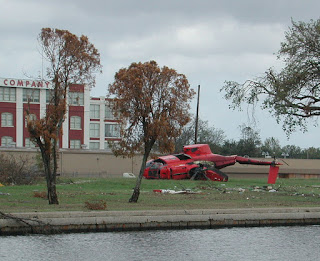 Currently, the use of brick has remained steady, at around seven to nine billion a year, down from the 15 billion used annually during the early 1900s. In an effort to increase demand, the brick industry continues to explore alternative markets and to improve quality and productivity. Fuel efficiency has also improved, and by the year 2025 brick manufacturers may even be firing their brick with solar energy. However, such changes in technology will occur only if there is still a demand for brick.
Even if this demand continues, the brick industry both here and abroad faces another challenge: it will soon be forced to comply with environmental regulations, especially in the area of fluorine emissions. Fluorine, a byproduct of the brickmaking process, is a highly reactive element that is dangerous to humans. Long-term exposure can cause kidney and liver damage, digestive problems, and changes in teeth and bones, and the Environmental Protection Agency (EPA) has consequently established maximum exposure limits. To lessen the dangers posed by fluorine emissions, brickworks can install scrubbers, but they are expensive. While some plants have already installed such systems, the U.S. brick industry is trying to play a more important role in developing less expensive emissions testing methods and establishing emission limits. If the brick industry cannot persuade federal regulators to lower their requirements, it is quite possible that the industry could shrink in size, as some companies cannot afford to comply and will go out of business.

“The dreamer in his corner wrote off the world in a detailed daydream that destroyed, one by one, all the objects in the world”  -Bachelard, Poetics of Space

“Tradition can be a verb. It isn’t over yet. It hasn’t become history yet.” -Johnny Vidacovich

dear unica: do you remember seven years in the bardo? how we jumped, fled like an angel. winged our way out here. do you recall the in between. dreaming of dolls & men. how we trapped ourselves in the image. strap now to a life of carry: father in the exotic & mommy gone away & what of being bound to a brother. how we rewrite all narratives. shaving it down. did we murder the airwaves with our talk of revenge. tell me, even now do you love the extra pages of blank days till we outnumber time itself & what did we war within….

Posted by Solid Quarter at 3:52 AM