Do we send the kids to school? 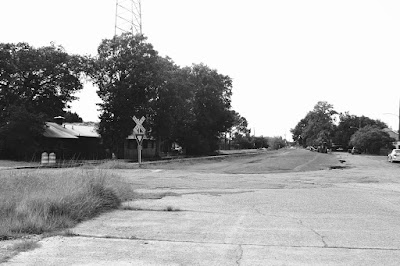 After the season had ended, the World Meteorological Organization's hurricane committee retired five names: Dennis, Katrina, Rita, Stan and Wilma and replaced them with Don, Katia, Rina, Sean and Whitney for the 2011 season.


but love, do not ask me the secrets
the dead keep
do not ask me of strangers' tongues
slipping in a no mouth

do not speak grief to me
if your belief is still in separation
in ending, in death

An untold number of kids—probably numbering in the tens of thousands—missed weeks, months, even years of school after Katrina. Only now, a decade later, are advocates and researchers beginning to grasp the lasting effects of this post-storm duress. Increasingly, they believe the same lower-income teens who waded through the city’s floodwaters and spent several rootless years afterward may now be helping drive a surging need for GED programs and entry-level job-training programs in the city. It’s no coincidence, they say, that Louisiana has the nation’s highest rate of young adults not in school or working.
Source: https://www.theatlantic.com/education/archive/2015/04/the-lost-children-of-katrina/389345/

Holt Cemetery is a potter's field cemetery in New Orleans, Louisiana. It is located next to Delgado Community College, behind the right field fence of the college's baseball facility, Kirsch-Rooney Stadium. The cemetery is named after Dr. Joseph Holt, an official of the New Orleans Board of Health (famously involved with city health issues concerning Storyville, the Red-light district of New Orleans) who officially established the cemetery in the 19th century. Holt Cemetery is one of the Historic Cemeteries of New Orleans.

The cemetery was established in 1879 to inter the bodies of poor or indigent residents of the city. Funeral processions to Holt Cemetery were generally around, rather than through, the city. The original cemetery was 5.5 acres, and it was expanded in 1909 to 7 acres. Nearly all of the tombs are in-ground burials. As established, ownership of the graves at Holt Cemetery were given to the families of the deceased for the cost of digging the grave and subsequent maintenance of the plot.

Most of the graves and tombs at Holt Cemetery were not commercially or professionally produced but were instead fabricated by families of the deceased, giving the cemetery a strong personal touch.
Source: Wikipedia

When we were kids, we would jump the broken fences to cross Holt Cemetery. It was so neglected then it was common to see bones surfaced. 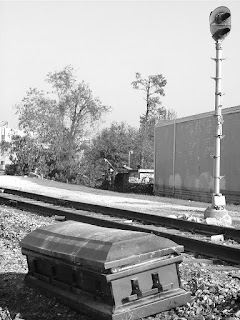 After Katrina, coffins washed ashore on the train tracks near our house. You could tell by the coffins that they had come from the wealthier cemeteries nearby.

We never learned anything in school about death. Everything about death you learned on the streets, in whispers, from your friends, and in the city. After Katrina, there was so much we knew about dying and how they would let us die. And now here we torque on the knowing: America.

How long will you suffer as we have? How did you think you could ever escape our fate?


Imagine a world where instead of being caged by the fear of death, we actually embraced stepping through the portal. Imagine how we would value life if we could learn to hold that truth.


You will know the intelligence of any species by how they handle their dead. And if they put it far away to not be seen, if they hide and ignore death, if they fear and run from it: Woe to the species that would speak of life thinking they can halve reality and not pay the cost of that sacrifice.

This dance is chaos. Come along...

you're gonna be changed whether you want to or not. the way a disaster swims inside the time line of all that touches you. you have now inherited before and after. the way we are dissimilar and similar, paradox the wheel that belief sits on. how to be a suicide to the living dead handbook. how do you survive in your suicide mind. i've been here forever. let me draw you a map. you have all of these days and hours now. make something to break against. make something beautiful. don't let any part of your life go uncharted just because the vessel suffers. just because we are made of shattering bodies is no reason to slip the light too. take all of your love and suffering and pain and fear and hold it against your genius heart. pull up the radical imagination that keeps you here when the only real solution to being human is to leave the stage. tie a red string round your wrist for every time you fail to keep the echthroi out. it's not anyone else's job to keep you safe. you will pass each chamber as you are ready. and what we call a night: well, now tell me how long that lasts now in the bardo we call pandemic.

tell me of this bardo's language. the way time shifts. and also, how do you taste under such a lack of touch.

life was a temporary, and what we call death is not something one can do to another. death was the only thing we carried in. it's the only thing you have ever held here. don't you recall this song?


Maps from the Channel: 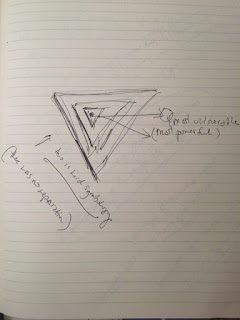 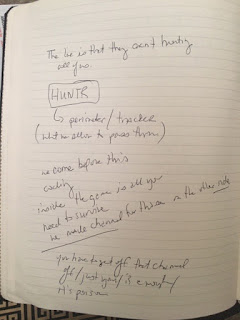 We're Only Sleeping by Herbert Kearney 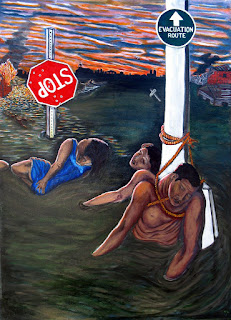 Posted by Solid Quarter at 3:53 AM