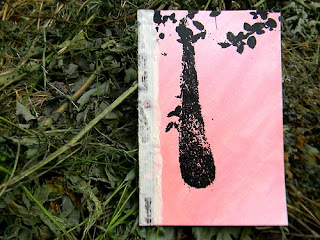 
I read Lucas De Lima's GHOSTLINES again evacuated from New Orleans while Hurricane Isaac made landfall and while the anniversary of Katrina on August 29th made specters of us all.

I watched people in Plaquemines Parish being cut from their roofs as the water rose and trapped them. All time folds again and again. Water wants what it wants, and like any thing other than us: we can only imagine. The photo below was sent to me; this is someone's backyard made wild again. We live edged in and believe in borders that keep known from unknown, safe from danger. De Lima tells us that the poems in GHOSTLINES "mythify the alligator attack that killed my dearest friend in 2006."
What is a myth? What does it mean to make myths in this present splendor of reason and science? Isn't nature always making myths of us all? 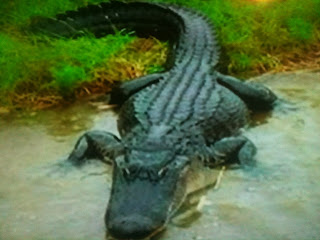 De Lima states in the opening page that in order to create this myth, metamorphosis must occur. Change that we usually see meted out in myths as punishment is here taken on like a mantle that will protect our narrator as these poems attempt to wander in treacherous lands. Or in another reading, the transformation makes possible the ability to descend from the cerebral consciousness of being human in order to embody the animal, the place we imagine that operates as primal, beyond law and reason. When someone dies suddenly or tragically, we always attempt to make sense where none can be found.  De Lima sheds that illusion and seeks a physical re-embodiment in order to be in a space that seeks not understanding as much as a place to enact grief.

The "Ghosted Lines" of this chapbook begin immediately as we become voyeurs peeking into the correspondence and exchange between our narrator-turned-bird and the deceased friend. Coming on the heels of De Lima's artist's statement about what this book will attempt, we are given a note that begins:

"Lucas, Is there any way you could give me a few pearls of advice on my artist statement? I just wrote it now and I'm going to bed without feeling very good about it. I know it's not done, but please, if you have a minute, make comments."

This is how we enter the poem: in communion, in failure, in potential, in knowing it's not done, in need for an "other" to comment. 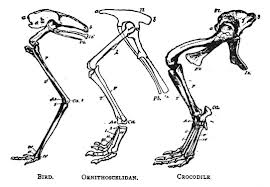 In "Mutation [2]" after describing a movie where a man mutates into an alligator, De Lima quickly conflates the fantastic with the real: "The director has to kill off his ugly protagonist & the trapper has to exterminate the gator that got Ana Maria because every story has to end with a period."

De Lima then transforms before us exploding out of the narrative and away from the control of telling a story and into the vortex of:

And then we are birded. Ready to land in dangerous waters, to confront and get close to the beast. We are ready to be ghosted by emails and heartbreaking confessions that were never meant for us, like :
"OH BOY, I LOVE YOU. WILL YOU SEND ME A POEM?" 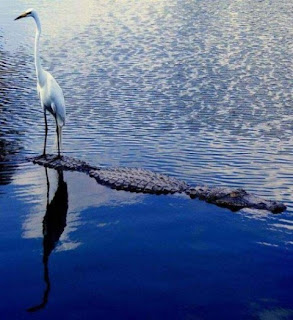 The communion of beasts is primal, is sexual. De Lima states:
IF SEX MUST BE LOUD
THEN I'LL OPEN MY MOUTH
I WILL MAKE AN O THAT SUCKS YOU BACK TO LIFE

The sexual desire to stimulate, to reanimate coupled with the tender intimacy of affection and love for the lost body, the body that in the poem has been transformed into recollected notes and lines. In a way, even though our narrator survives, the transformation into a bird makes a ghost of the speaker as well. It is as if both humans have fled, and deep in the myth, we try to read the ciphers left to us among reptiles and their ancestors: "AS THE BIRD EATS ME/ AS I BIRTH MY WAY OUT"

In the end De Lima's mythos has encapsulated us as readers as well; we are told:

MANY READERS ARE GHOSTS
OBSESSED WITH OUR BODIES 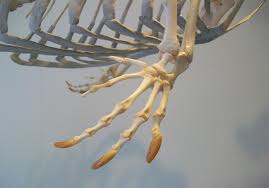 De Lima's lines resonated deeply with me. I felt armed with more questions than ever and maybe a bit consoled by the inevitable. Elegy is a familiar space for the poem, but De Lima manages to make it uncomfortable and to make us question what we want from the poem and what we expect from
coming face to face with the dark haunts we keep ensconced within. I want to dwell in what I unearthed: How often do we enact a thing before it becomes us? Before we feel it?
When does grief ever really end once the river breaks free?

You can no more put the flood back then you can fly away. 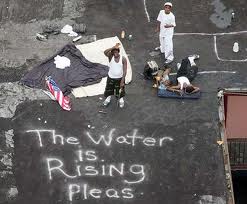 You can purchase a copy of this hand made chapbook with its painted cover here:
Radioactivemoat

Posted by Solid Quarter at 8:11 AM No comments: