From Rap Genius:
"In pop culture, Drew Barrymore has become synonymous with ideas of insecurity and pursuit for identity. In the late 1980s and 1990s she often played angsty teens in movies like Never Been Kissed and Poison Ivy."

POISON IVY
Drew Barrymore was 15 when she filmed Poison Ivy.  The male lead in the movie played by Tom Skerritt was 58. Poison Ivy is the story of a bad teen (played by Drew) who befriends an awkward teen (played by Sara Gilbert) with a dying mom. Ivy then later seduces the father and kills the mother. She is then murdered by her friend.

Tom would be our Dick here.

Drew is, of course, a child and like every teen believes she is not a child-- both in real life and in the story. In the story, she is the evil seductress, not the victim of the father of her friend who exploits her need for attention. She is the hysterical Augustine allowed out of the hospital to play, unmitigated lust which destroys the American Family, and she can only be stopped by killing her.

I was 15 when Poison Ivy was released. I wanted to be Ivy. Ivy was beautiful and cool and collected and wild and alive, and she got everyone around her to do what she wanted. And she used her body to get it. And she said things like: I'd rather live one day with the top down than a lifetime in a box.

These are how narratives of girlhood are absorbed, not by logic and reason but by images-- by slick cells of seduction and beauty and desire.  Whose fault is it that everyone who meets Ivy sexualizes her? Where is her family? Where are her caretakers?  Are we to fault her for wanting to survive in the only way that she knows how to survive?

SZA on her album Ctrl has a song titled "Drew Barrymore" presumably a nod to the woman who gave us these characters that we devoured in the 90s from the misunderstood Ivy to the perky, loveable blond of later love comedies.

[Verse 1]
Why is it so hard to accept the party is over?
You came with your new friends
And her mom jeans and her new Vans
And she's perfect and I hate it, oh so glad you made it
I'm so glad you could come by
Somebody get the tacos, somebody spark the blunt
Let's start the Narcos off at episode one
Bring the gin, got the juice
Bring the sin, got that too
Won't you just shut up, know you're my favorite
Am I...


But SZA turns the narrative-- the beauty of SZA's lyrics is that she can lay out a whole scene in a few lines. Here we are at the party, the scene is set and the subtext of the scene lies in the back and forth play that occurs in our speaker's mind. She is at once at the party, and the party is over. She is aware of the new woman but can't speak her emotions. She has to accept her role; she plays the role of the girl who is cool. Too cool to make a scene, cool enough to accept the way things are.. and still in her head, we hear her ask: "Am I...." Am I your favorite? What's the conversation beneath the conversation, what is happening between the lines....Is it all in her head? What kind of fantasy are we in?


The chorus seems to confirm that the sexual relationship between her and the man was the focus of their relationship. He either replaced her with a new woman or she is the side piece, but in any case the question of is it warm enough remains the tie. How can you be warm inside my body and then so cold to me as a person is the subtext.  How can a woman's body be a site of comfort and relief for a man and then once it is used, no longer needed. The story of Poison Ivy rests upon this; the father is watching his wife die, so of course he is weak and needs the comfort and attention of the young Ivy. But it's not her as a self. It's not a 15 year old that he needs to talk to or to share some experience with; it' s just her body. Her body becomes the dumping ground for a middle aged man's life expectations that haven't been met. Her body becomes the source of his rage, his desire to be rid of the dying wife, his desire to be rid of his troublesome teen, his desire to feel powerful again. The entire story isn't about Ivy at all; but about a man's desire to colonize a young teen body to enact his needs. And at the end, he wins. He surfaces as the victim, not the perpetrator in a confusing sleight of hand that solely lays the gatekeeper of sexuality on the woman, or in this case the girl's body. Her autonomy is both taken from her when she is sexually abused by this adult,  and then thrust back on her when it is time to lay blame.

What does SZA do to turn the narrative?


There's a vulnerability and a strength to these lines that have a Drew Barrymore aspect to them. Drew was the child star of ET who we all watched descend into drug addiction only to emerge emancipated by 15 and in control of her own career and life, where she continued to thrive.

So, was she a child still at 15? At what age does a girl become a woman and under what duress. One of my favorite lines is: I get so lonely, I forget what I'm worth

And this is where the Dicks come in. All the Dicks.

That a woman forgets her worth in loneliness and tries to fill it. That is a type of hysteria. We are trained to follow its path.

SZA turns the tables from the simple narrative of girl loves boy, boy uses girl, girl gets hurt and writes sad love song. She sees right into it. She sees the nature of why we do self destructive things in love and lust. She not only sees it in the speaker, but she says "We get so lonely, we pretend that this works."  And once she sees it, she can't unsee it. She jokes (or not jokes) I think I need therapy followed by a string of reasons that are apologies (sorry, not sorry) as to why she isn't the perfect girl.

Each line of apology topples the narrative of what she should be to attract the man: attractive, ladylike, shaven, the mother of his children... she isn't these things. And then she steps even further back and places accountability squarely on him: I'm sorry you got Karma comin' to you/ Collect your soul, get it right.

Collect your soul, get it right.

This is a love song. This is the epitome of a love song where the speaker can see into herself, can see into the actions on the surface and beneath the surface, where she can take accountability of her actions and where she cuts her losses. She asks her lover to pull his energy back, not for her sake, but for his.  She moves from asking "Am I...." to taking back her power and telling him: "Collect your soul, get it right."   This is beyond the mere infatuation but dwelling now in the realm of how we mix energy with other people and how those choices infect every part of our being. In this case, SZA writes a spell in verse II. It's a love potion in reverse. It demands that "he" release her and take back what is his.

Sing the last verse of Drew Barrymore in a warm bath of epsom salts surrounded by candles and hold the lover who has not held you right in your mind, and I assure you, those bonds will loosen. 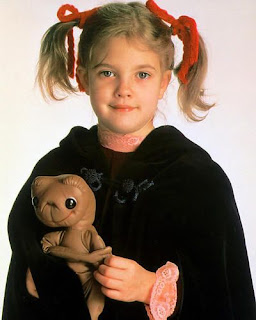 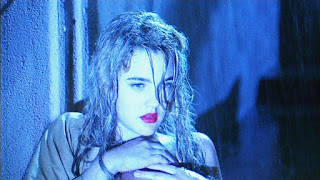 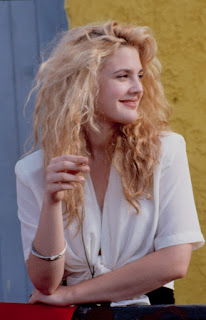 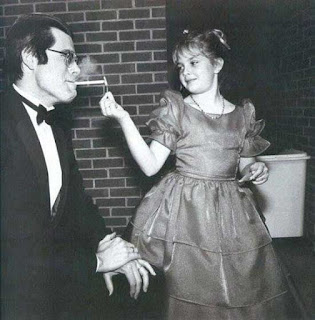 Posted by Solid Quarter at 2:36 PM No comments: