Is death a mirror in which the entire meaning of life is reflected? 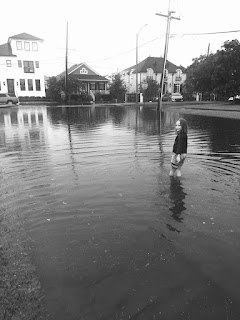 I pray to God to be free of God.
-M. Eckhart


On August 29, 2005 at about 9:45 a.m, a monolith (30-foot long section of the concrete floodwall) failed sending torrents of water into New Orleans’s Lakeview neighborhood. The water level in the Canal at the time of failure was about 5 feet lower than the top of the wall. The breach quickly expanded into a 450 foot wide gap through which storm surge water poured, killing hundreds (directly and indirectly), destroying hundreds of residences, and causing millions of dollars in property damage. Thirty-one (31) bodies were recovered from areas directly flooded.
Post-disaster studies conclude that the breach was due to steel sheet pilings driven to depths that were too shallow. Sadly, in recommending the I-walls with such short sheet pilings, the Corps had relied upon a poorly executed and misinterpreted study it had conducted near Morgan City in 1988. At a savings of $100,000,000, the Corps wrongly concluded it could short-sheet the steel pilings of the 17th Street Canal driving them to depths of not more than 17 feet instead of between 31 and 46.
In January of 2008, Federal Judge Stanwood Duval, of the US District Court for Eastern Louisiana, held the US Army Corps of Engineers responsible for defects in the design of the concrete floodwalls constructed in the levees of the 17th Street Canal; however, the agency could not be held financially liable due to sovereign immunity provided in the Flood Control Act of 1928.
Source: https://neworleanshistorical.org/items/show/275


I cannot locate the GPS coordinates inside me
where it happened.

time is a disruptive metaphor.

the incredible irony of anyone thinking they don't already live
a life masked.

we go so far out we become ghosts of/  dear heart, what we made
time with one another.

a type of afraid called living: you can tour the remnants
of how we came.

landed, what could make us come alive again. on the map .

mark with an X the prize. the breach. the damage. what is buried. 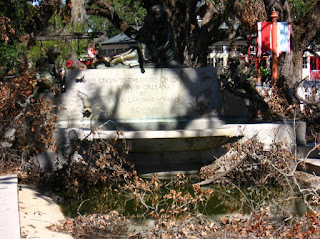 "There must be someone who crouches at the corner of every constellation."
-K. Hyesoon

the problem with the artist is the natural seduction with the self, an inward turn towards create and away from external amusement, which is to say it is hard to be held to others when the mind is a century of tasks to complete. or i am trying to connect to others but have to lay down the threads to return to the cave of wonder. was the outside world supposed to be as generative as the internal depths of the self. or the mazing of wander to escape these cycles. how to not be centered on the portal of endings. to move from the wound of the past to turn your attention to the actuality of the death that leaves us vulnerable to understanding, to not want to miss the awareness of stepping free of the body. to be of such calm as to breath directly into that light of drift away without fear to cloud the hallucinations of the mind as they arise in conflict to survive. i tried to capture shadow but it depends on light and your closeness to source. the direction of glass. the lens of how to turn to allow in or out. and also how you are limited to self and self's aperture. like Woodman's angel series. you are bound by what you have on hand. you have on hand enough to make the dreaming a caught net. 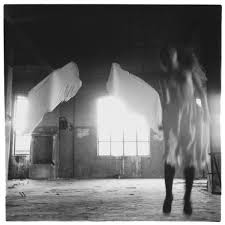