"This Place" "fault tree": A way of mapping source

you tell someone suspect, someone
yr not sure you want to tell
you become infinitely
(you will infinitely tell, there's no escape from the infinite)
responsible not only for the telling but for the translation
of that situation's speechmaking
(fault tree   26)

Here in this space, a rectangling, is a construction of how we mark time. Once there was a doubling, look where I wrote on February, 5, 2013: "you don't get happiness, you don't get it, what you do is learn to be still & swallow it down, you can make the unmake"

This place    not belonging not mine not
("This place")

Here in this time: when the calendar called we operated, we dogged the ear to mark, so love too is a formula, you can never know a person, and you can forget this over and over. What I wrote on February, 18, 2013: "tried to make a space safe for all of you but couldn't    failed in that measure/ barter this miserable moment for all the lifetimes/ for all lifetimes/ I've had more love than most"

Circling as it does, one comes back upon loss, it comes back up this surface side against water, we never were far from drowning. February 18, 2013: "how a house does not make a home even when you rebuild it from the ground up, exactly, a memorial of what we had overcome & thinking we had weathered enough storms"

Roots deep this city a way of imprint as clear as my name, you can't know this or not know me, this constancy sweeps truth, sweeps false, sweeps the ashes of what burned fastest: February, 24, 2013: "no talk of where love gets you when all you get is survival, from means to means/ the heart is another matter/ filed away years of what we said or didn't"

as some people do, ones of us more actively
than others of us but all to the same end
we are betrothed
(fault tree    40)

Distance changes the tone: the sound of a thing reverberating, the heart's echo, the underwater silence that is not silent, once upon a time is an amorous place: (March 5, 2013) "talked till there was no other narrative erased in the long stream of how you kept me/ so no one can walk away or be a different person/ how could i believe there was any other than your catalogue/ in the end began to see there was never any thing resembling love/ there:  a mirroring or just some shattered phase/ all that was required was an owning"

Travel ground in what you fear and sneak wonder, awash in the wave's descent. What can you handle? What is unspoken that you keep down, but can't keep quiet? (March 12, 2013) "I would walk fire of fires for them, mothering dragons/ my flame scarred right. spilled 3x a bellyful, bright red. I pull out of the ash my cindered heart's space/ nothing can burn twice/ fires the fire I fear not"

so if one spewed of hate

and if another spewed of immobility

March 26, 2013: "tried not to disappear under the wounding of failure/ not parent enough/ not mother enough/ to give over a decade but for it never to be enough/ you can't ever sacrifice enough, if mother--you can't ever risk being a real person-- each night I was away from you I waded in the guilt of it/ convinced time takes care of everything. what it really does is make us other people."

April 23, 2013: "how do you navigate a breaking/ what could we have done better/ I can see the etching on your heart/ these days we will recall/ we all have these days/ they come uncounted/ what you do is collect joy, the people who love you --in fact, all the love is a collecting, you can never predict where it comes from and in what doses, you choose what you can choose, other than that, trying to survive."

May 20, 2013: "you flaw down your life, find faults that sound your face/ this decade he took & took till all was just confusion, so sane, I thought I knew the words inside my head, thought I was the one telling the story, eclipsed forgot the way to stand/ forgot the way to end when something's over, some payment for my lack/ a mother has no way to keep him out/ there is no thing on this earth that will keep me from them" 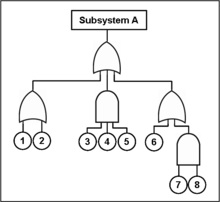 Author Note: This is a poem created to be read as a poem and not to be used in a court of law. I used kathryn pringle's fault tree (Omnidawn Press, 2012) and Megan Kaminski's This Place (Dusie Kollectiv, 2013) to create this piece. Both poets stayed with me between May 22 and May 23, 2013.
Posted by Solid Quarter at 10:05 AM No comments:

when things are good is the last moment
before they are not
a city is a place of falling bullets
Mother's Day: 19 down
do you believe you come from here
rooted to violence
does it grow inside of you like desperation
a hole never full
love is a poor way for patching
it never solids, it weighs heavy, breaks brittle
it's no way to skate surface
rough over
my heart rode down, rides blocks and blocks
how many times I've swallowed another
saying, I came here & fell in love
my city/ where I wondered
what do you see
I choked down knowing I would never leave
wedded to a broken
I never loved more, any morning is a wailing
what I know of loss/ how cement holds bodies
how fear is a way of navigating
a never never land we never grew
-- swerved round where the river turns, but never turns against you
mimic what it means to be a city
when we buried you alive, it was delicate
it was slipcover: we dirted over you
to keep you safe
tell me how a mother dangles
tell me of that dripping, here in New Orleans
we know danger, hardly know anything
is anymore/ we live deep under the nation
we live in this holy, holy lights turned out
eating darkness like a fruiting
how you lean into a city for a lifetime
love like an eruption, love like a scouring
guess who knows how to operate the city
guess what kind of naming I like best
we learn about love from losing
don't you ever forget that
don't you ever try to be more than you are
if you think mother is a type of anchor
watch how we come up against the rocks
Posted by Solid Quarter at 8:03 AM No comments:

RapGenius on the 30 Days of Weezy Project

The great people over at Rap Genius have published all 30 of the poems from the 30 Days of Weezy Project on their site, and I am slowly annotating them along with some help from my poetry collaborators, Geoff Munsterman and Gina Myers.

They are calling the Weezy poems: "An Epic Poem for our Times"

You can see all the annotations under my album.
This is as close I will probably ever get to being a rap star. 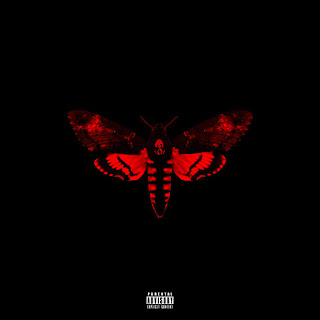 Poetry Genius also has a nice blog post about the project focusing on the collaborations as well.
It begins:

For National Poetry Month last April, New Orleans writer Megan Burns set out on a mission to write 30 poems in 30 days, all about Lil Wayne. Mission accomplished! In a truly Rap Genius-esque collaborative effort, Burns partnered with fellow authors Gina Myers and Geoff Munsterman to complete 30 Days of Weezy—and now all 30 poems are on the site with killer Verified annotations!
Burns kicks off Day 1 of the series with an “epistolary response” to a Lil Wayne quote about how some women have “deep and dark” reasons for not being able to love.
Full Blog Post

Weezy and I thank you for all the love, Rap Genius and Poetry Genius! 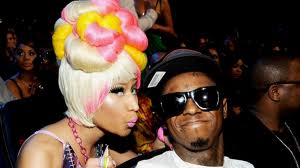 Posted by Solid Quarter at 4:10 PM No comments: