The wonderful Maureen Owen was here last week. She led a wonderful discussion here at the house with about 11 other poets. We talked about her own career in publishing Telephone books and then spent

quite some time talking about the current state of reading and writing in schools and among children, especially why poetry gets such a bad rap in education as either hard to teach or confined to boring, overanthologized versions of the same-old poems. I was amazed to hear college professors reveal they had students who have never read a book or who are unfamiliar with the parts of speech.


As a result, all of the middle schoolers will be wading through an expansive lesson on these grammar "details." Sixth graders today will be collecting words for their 3-d project on bagging language into the 8 parts of speech.

People often think we named Mina after Mina Harker, not Mina Loy. Isn't it interesting how the fictional character has more presence than the very real poet? No, not really. But maybe, yes.

I've been reading Bellamy's Mina Harker Letters, a wonderful juxtaposition to a flurry of Young Adults novels that I've been reading at the same time. And to complement Bellamy, I've been listening to Vintage Horror Radio podcasts before falling asleep.
Posted by Solid Quarter at 5:00 PM No comments: 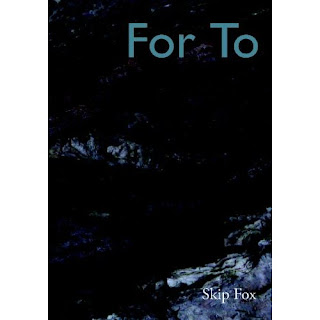 I'm reading this book by Skip Fox, from BlazeVox [books] to review for YAWP Journal. It's amazing. At almost 300 pages, it's a huge poetry chunk to sink your teeth into. That's not in the review.

I also just got in the mail Mark Cunningham's new book from Tarpaulin Sky called Body Language. It's a flip book that meets in the middle. It's strange because we (Dave and I) were just talking about publishing flip books. I just started reading it last night, and I am enjoying it as well. I will probably write a review for it next week.

Posted by Solid Quarter at 9:00 PM No comments: