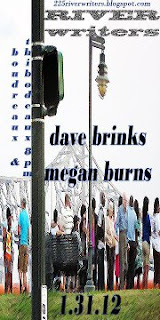 Dave and I will be reading tomorrow night over in Baton Rouge.


In other news:
17 Poets! Literary and Performance Series starts back up Feb. 9th with a reading and book signing by Bill Lavender from his new book Memory Wing (Black Widow Press). 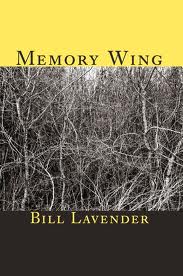 We have a fantastic line up of poets coming to read this season at 17 Poets! Dave will be sending out the announcement for the season via our email list soon. If you want to join our list, you can go to our website and fill out the join our email list form.

The next issue of Entrepôt, a double issue, will also be available Feb. 9 at 17 Poets!
as well as available online from tremblingpillowpress.com
and at select book stores.

And here is my book recommendation of the day: Richard Froude's newest collection The Passenger from Skylight Press came in the mail. Not only does it have one of the best covers of 2012, but right in line with Froude's previous collection Fabric, this book weaves lines, words and time round and round into a skein of complex memories and remembrances, some yours, some Froude's. The title refers to you, and Froude is your guide taking you into the field of mathematical impossibilities and traipsing into the auras of those once inhabited by the likes of Prévert and Artaud. It's a fantastic journey: you will need to wing your eyes and hold on tight. 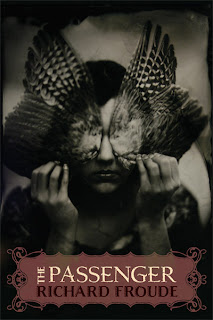 Posted by Solid Quarter at 1:31 PM No comments:


This review was first published in the print monthly Entrepôt (Sept. 2011) published in New Orleans from Trembling Pillow Press. 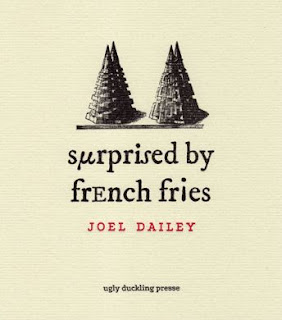 With poems set on an Olympia typewriter (1971 edition), Joel Dailey delivers thirteen poems and one letter that bemuse, ridicule, and occasionally poignantly deliver returns on contemporary society and its popular preoccupations. Surprised by French Fries embodies a voice and a tone that subtly undercuts the everyday state of disaster that most of American is awash in by employing that age-old double punch of clever pun and wit to strip away the veil without leaving anyone uncomfortably abashed. Dailey’s balance in his repertoire allows the reader to feel as though they are part of the “club,” a group who not only can volley his political innuendo but who also are able to maneuver through Entertainment Weekly shout-out, “I know why Vince left Jen” and advertisement pitches “Extend your outdoor living space” (The 3:10 to Yuma). In the opening poem “What’s Wrong with Lou Dobbs? or Feel More at Home in the Islands With Instant Hawaiian,” Dailey delivers his characteristic rapid succession of hard hitting lines stacked up to carry (or push) you from image to image, from geographic point to metaphorical conclusion: a commercial, a phone message on your voicemail, Wall Street closing, an overheard conversation, the Internet, writing students. The whole poem turns on the making of poems and Dailey pulls the rug out, always having the last laugh: “Ladies & G’s, the next generation of foam,” Echoed in the last word is form, and rereading the poem the subject seems to align into an ars poetica  or perhaps it’s a nod to poethical wagers, in direct contrast to Wall Street and economic sustainability on the eve of America’s first 21st century depression.

“The Ear Wax Removal System” promises personal hygiene as it mocks the nation’s favorite past time: “I’ve gone from Facebook to Assbook.” The poet assures us, “I’ve purchased the Ear Wax Removal System/ So I’d be sure to hear the Muse.” Again at first glance, these poems seem funny, self-deprecating even, but the underpinnings point to our seemingly nonchalant attitude of being inundated with information and technology. The removal system points directly to a much-needed national cleanse, one in which the poet can hear the Muses now being drowned out by promises of sex appeal and “sudden relief.” Some of Dailey’s poems read like code, if you can break the cipher, you win the prize. A poem like “4 Things All Guys Keep Private” has a title reminiscent of a ten thousand times rehashed Cosmo article, but Dailey does deliver 4 things and quite possibly solving this puzzle will finally put an end to gender disparity.

“30 Things to Put You in A Good Mood” is another one that will feel familiar, riffing as it does on society’s ever increasing need for easy steps to happiness and in collusion with the bite size portions that the media has trained us to fetch.  Couched in this poem are references to New Orleans political scandals, “Never take a bribe from a guy nicknamed ‘Pampy,’” in addition to language borrowed from the latest Victoria’s Secret catalogue. Normally, you would ask yourself what these things have in common, but Dailey’s stomping ground is surprise, the surprise of language, the quirkiness of contrast and juxtaposition and like all good poets, he turns language on its head in order to shock us out of our stasis so we can join him in: “anticipating (eagerly) the post consumer environment.”

Dailey assures us, “Whatever you’re used to      this ain’t it.” And that’s exactly why it works.

Posted by Solid Quarter at 7:36 AM No comments: