A Review of Gemology by Megan Kaminski 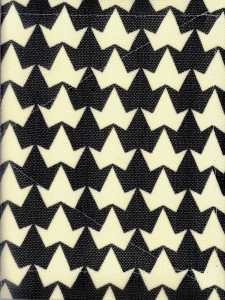 Gemology is a poem in the city, moving in the veins of the streets among buildings, in the backseat of cabs, and along the body, embodied in the bones and skin of the metropolis. The “polis” and the body, both intimate and generic folding up into lines that spool out to such shattering images:
city built on line body on body
alphabet buried beneath street
concrete-riverbed-city
cross-sectioned-fluid-fattened

Kaminksi celebrates the movement and the chaos of the city as it replicates and mirrors the precise chaos of the line of the poem. Likewise, the lines of the poem inhabit the metaphor of the body’s desire to mimic the city or is it the city’s desire to mimic the body? Each anatomy detailed, each subject to disaster and all lettered somewhere between manufactured and magical: “Vowels roll drip down thighs/ conjunctions across backs.” What is more erotic than the city? What is more desirable than the words sung hovering breath by breath above the line of the body? The poet enters us; we hope to be suspended and we want to be carried away:

This little book is a soft missive, slipped between recycled cloth and intricately stitched together; it’s a vessel for us to handle. It feels soft to the touch, the fabric gives a bit along the page, and the words within are hard to hold. A stitching attempts to piece together a whole; a stitch is a line like the line of a poem that binds. These lines pull together the intimate recesses of the body and merges them with the political census of the larger body: the bodies that govern us: “Dear neighbor, dear Liberty/ you are probably not a terrorist.” Bodies are vulnerable, gloved in a casing easy to breach, but how does that translate to the imaginary body? The body of the whole, the bodies we create by imagining they exist: city, village, Senate, House, community, family. Kaminski wants to cuddle, she wants to astound; we are drawn in by the lyrical smoothness and seduced by “kisses linger ruby-lined-wrist.” This book wants to bed you, it wants to take you on a tour of the sites, and then it wants to split you open: “melon ripe and red/ let them all out.” What do you want from the book? What do you unbury inside as these words coalesce? A gem is nothing more than a rock subject to time and pressure that we suddenly decide to call a jewel.

Posted by Solid Quarter at 9:11 AM